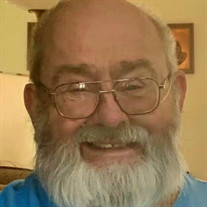 Thomas “Tom” James Price, 78, died March 13, 2022. Tom was born in Youngstown, Ohio on April 21, 1943, to James and Mildred Price. Tom graduated from South High School in the class of 1961 and went on to enlist in the United States Air Force October 1, 1963 and served for 4 years. His final duty station was Warren Air Force base in Cheyenne where he met his wife Bertie and they married on November 5, 1967. Tom and Bertie celebrated 46 years together before her passing on February 12, 2013. Tom worked for the State of Wyoming in central duplicating until he retired in December 1995. After retiring from the state, he drove school bus for several years. Tom was a very active member of the Masonic order joining on January 17, 1976 and was raised to Master Mason March 27, 1976. He was also active with his sons in DeMolay and was Chapter Dad for the local chapter. Some of those boys from DeMolay became his brothers in the Masonic order but still remember him as Dad Price. He had the great honor of receiving the highest degree in the Masonic order, 33rd degree and he proudly wore his White hat signifying that rank. Tom enjoyed spending time with family and friends and was a big football fan always rooting for his beloved Denver Bronco’s and Ohio State Buckeyes. He enjoyed the phone calls he had with his sons while watching the Bronco games discussing the exciting plays and bad referee calls. Tom was a kind, caring and giving man who wouldn’t hesitate to offer help in any way he could. Tom is survived by his son Brian and daughter-in-law Angela; son Kevin, daughter-in-law Patty; and granddaughters Jessica, Hayley and Nicole. He is further survived by his twin sister Betsy and brother-in-law Larry; brother Harry and sister-in-law Carol; niece Becky and husband Jon; nephew Mike and wife Becky and their daughter Olivia. Tom was preceded in death by his parents James and Mildred Price, his wife Bertie Price, his father-in-law, mother-in-law Carl and Jessie Galt and brother-in-law Harry Galt. A celebration of life will take place April 25, 2022, at 10 AM at Wiederspahn-Radomsky Chapel of the Chimes in Cheyenne, WY. A reception will follow at The Gathering Place. In lieu of flowers, donations can be made to the Cheyenne Masonic Temple Endowment Fund Inc. https://www.cmtef.org/

The family of Thomas "Tom" James Price created this Life Tributes page to make it easy to share your memories.

Send flowers to the Price family.