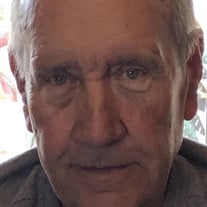 Thomas J. “Mick” Megown, 80, of Cheyenne, WY, passed away June 18, 2021, at his home. Mick was born August 9, 1940, in Alliance, NE. He was proceeded in death by his parents, Samuel H. Megown and Elizabeth J. Megown, sister and brother-in-law Mary and Herb Griffith, brother- and sister-in-law Gary and Glenda Tuton, mother-in-law Bernice Tuton, and nephew Mark Tuton. From the age of 4, his residence was 234 Pine Street, Chadron until he married the love of his life, Ann Tuton. He spent summers playing baseball with many friends on Dr. DeFlon’s empty lot. He attended kindergarten through high school in Chadron, graduating in 1958. He was a starter on excellent football and basketball teams as a member of the Cardinals. He remained friends with many classmates and teammates throughout his lifetime. Chadron remained his hometown as he traveled far and wide throughout his life. He attended Chadron State College and earned bachelor’s and master’s degree in education. He played basketball and baseball for the Eagles and was the basketball team’s leading scorer as a senior in 1962-63, when he was elected the college’s “Mr. Eagle.” While earning his master’s degree, he helped coach the CSC football and basketball teams. During his time at CSC, he met Ann Tuton. For Mick, it was love at first sight. It took Ann only a month and a half before she agreed to become his wife. They were married on May 29, 1963 and recently celebrated 58 years together. Their love and commitment to one another was evident every day. Mick spent his career as an educator. He was a teacher about four years before he moved into school administration. His career sent his family on many moves during his lifetime. Mick and Ann moved 30 times during their years together. The adventures took them to five different states. Mick believed, as Lee Marvin sang, he was “Born Under a Wandering Star.” He concluded his career in a unique way, serving five years as principal at the Kaktovik Public Schools at Point Barrow, Alaska, the farthest north community in America. Mick knew no strangers. There was not a person that he would deny one of his “old and moldy” jokes as Ann would say. When asked how he was doing, he would always reply, “Great, fantastic, and fun to be with.” He loved to tell stories and always had many on hand to captivate his audience. He loved to follow politics and Husker sports and shared his opinion about both on a regular basis. He also remained a Chadron State sports booster. He entertained many with his outgoing personality on the golf course, and upon retirement, golf became his mainstay. Mick and Ann had two children, Mack D. Megown and Mindi B. (Megown) Loyd. Mack is married to Annette Megown and lives in the Las Vegas area. Mindi is married to Steve Loyd of Cheyenne. Mick has three grandchildren: Jace Loyd, Mickenzi Loyd, and Kelly Megown. Jace is married to Marriah (Zumbrennen) Loyd. Mickenzi is engaged to Andrew Corbine. The Megowns also have one great granddaughter, Bristol Loyd. He loved his children and grandchildren very much and was very proud of the people that they have become. Other survivors include his brother- and sister-in-law, Stan and Ann Tuton of Mills, Neb, sister-in-law, Kathy Tuton, and many nieces, nephews, and cousins. There will be an Afternoon of Remembrance to celebrate Mick’s life Saturday, July 10, 2021, beginning at 1 p.m. at his home near Cheyenne. Please contact Mindi Loyd by email: [email protected] for address and additional details.

The family of Thomas J. Megown created this Life Tributes page to make it easy to share your memories.

Send flowers to the Megown family.