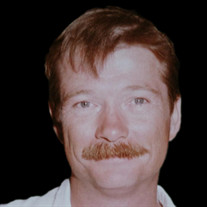 On Monday February 8, 2021, Stephen Francis Green, devoted husband and loving father, passed away at age 73 after a short, but courageous battle with Covid-19. Steve was born on January 27, 1948 in Sioux Falls, South Dakota, to Francis and Madonna (Turgeon) Green as the second oldest of seven children. His family moved to Cheyenne in 1961 and he graduated from Seton Catholic High School in 1966. The following year Steve enlisted in the US Navy and served as a Radarman 3rd Class on the USS Truxtun, the USS Savage, and the USS Fox. Following his time in the military, Steve explored several careers such as an officer and DMV examiner at the Port of Entry in Gillette, WY from 1971-1973; a bus driver with Trailways Travel in Cheyenne, WY from 1974-1976; and a salesperson at Erickson’s Hardware in Cheyenne, before finally settling down as a mail processing equipment mechanic for the U.S. Postal Service in Cheyenne, where he worked from 1978 until 1998. Steve was a member of the ACLU and proudly served in all officer positions for the American Postal Workers Union during his many years with the post office. Steve also worked for four years in the print shop at the Wyoming State Penitentiary in Rawlins, WY before becoming a baker in the kitchen of the Wyoming State Penitentiary for the last 16 years. Surprisingly, Steve very much enjoyed his final profession and happily regaled his family with tales of recipe creation and the science behind baking for more than 500 people every day. After their meet-cute at a local finance company in 1970, where Steve successfully collected a telephone number and a car loan, he married his young sweetheart Sharon Jones on June 13th, 1972 at St. Mary’s Cathedral. They raised two daughters together, Michelle and Tracy and would have celebrated their 49th anniversary this year. Steve was an active outdoor enthusiast and longtime member of the Cheyenne Field Archers, and Bowhunters of Wyoming, and served as a contributing editor for the BOW Newsletter. As an avid hunter and fisherman, Steve’s most prized trophies included a 6- point, bull-elk-antler wall mount, a 25-inch walleye mount, and a black bear skin rug. Steve was passionate about the outdoors and shared his love of archery, camping, and fishing with his daughters. Due to his time in the US Navy, Steve developed a well-known love for science, especially meteorology and learned much about the subject over the years as a hobbyist. Steve took the only photos of the formation of Cheyenne’s 1979 EF3 tornado as he chased it down Dell Range Avenue, of which the NWS of Cheyenne has archived as part of the official record of the event. Steve also loved geology, coin collecting, classic rock, harmonica jazz, attending drag racing events at Bandimere Speedway in Colorado and at the Douglas Motorsports Park in Wyoming, and owned a mint condition 1967 Plymouth GTX. During his years at the Wyoming State Penitentiary, Steve became an avid reader and devoured books on geology, meteorology, and Catholic theology. He enthusiastically read, from cover to cover, his subscriptions to Scientific American, Discovery, and Wyoming Wildlife magazines. Steve was known for his quick wit and smile, his love for debate, his desire to help the underdog, and his playful antagonism. Steve’s wrapping-paper-roll sword fights, Christmas-wrapping-paper battles, rubber-band wars, and stinky-sock attacks are legendary! Steve will always be known by those who loved him the most as Uncle Skinny, Grizz, Dear Ol’ Dad, and Poppie. He was proud to be part of such a close-knit family and thankful that all his siblings and their large families resided in Cheyenne. He was deeply grateful and humbled by every visit, phone call, greeting card, and letter he received from his family during his time at the Penitentiary. Stephen was preceded in death by his father, Francis; his mother, Madonna; his father-in-law, Henry Jones; his mother-in-law, Dorothy Jones; his eldest sister, Marsha Oakes; two nephews, Shane Green, and James Green; and a niece, Jennifer Rosner. He is survived by his wife Sharon, his daughters Michelle (Jerome) Swanson, and Tracy (Seth) Homan; his brothers and sisters, Cecilia (Jerry) Ocheskey, Debbie (Dave) Welshans, Vance (Terrie) Green, Vincent (Susan) Green, and Judson (Kellie) Green; his eight grandchildren, Stephen Swanson, Emma Homan, Natalie Swanson, Madeleine Swanson, Averie Homan, Aubrie Homan, Violette Swanson, and Evan Homan; and numerous aunts, uncles, cousins, nieces, and nephews. A funeral service will be held on Tuesday May 4, 2021, at Holy Trinity Church at 10:00am with a rosary the night before, Monday May 3 at 7:00pm, at Wiederspahn- Radomsky Chapel of the Chimes. In lieu of flowers, any donations should be sent to Cheyenne Field Archers JOAD scholarship program in care of Lora Ketterling.

On Monday February 8, 2021, Stephen Francis Green, devoted husband and loving father, passed away at age 73 after a short, but courageous battle with Covid-19. Steve was born on January 27, 1948 in Sioux Falls, South Dakota, to Francis and Madonna... View Obituary & Service Information

The family of Stephen Francis Green created this Life Tributes page to make it easy to share your memories.

Send flowers to the Green family.