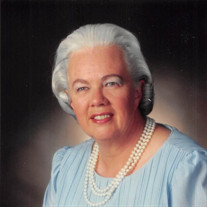 Ramona was born May 6, 1933 in Redfield South Dakota to Charley R. Stolp and Adah Evelyn Mannings Stolp, the eldest of four children. Her beginnings were on a farm in Frankfort S.D around her grandparents, great aunts, and uncles. Her father was not a great farmer so in 1945, they moved to California so he could work in the ship yards during WWII. Because of allergies to peat dust they only stayed a summer there. Her father then came to Cheyenne to work on the B-17 refits. In 1946 the whole family made the move to Cheyenne. During her high school years, Ramona worked at the horse stables with Vern & Min Gray. She enjoyed working with the horses and learning life skills from Min. She graduated from Cheyenne High in 1951 and was married that same year. She started working with Civil Service at the base from 1951-1954 while the base was still under the Army jurisdiction. In 1959 a group of guys started the Cheyenne Timing Association for the purpose of off street Drag Racing. For the next 10 years Ramona ran the tower, announced the races, and helped with the general business operations. During that time the Regional Director of NHRA submitted Ramona’s name for a drag racing license. She received the second issued women’s unblown street class license on 5/6/1964. Shirley Muldowney received the first license and just beat her by days. In the early 70’s after the drag strip shut down and her divorce was final, Ramona began a career of professional fulfillment. She worked for the law firm of Hirst & Applegate in the mid 60’s until her retirement in 1992. During those years she participated in several professional organizations including National Secretaries Association, American Business Women's Association., Cheyenne Legal Secretaries Association, and National Legal Assistants. She also went to college and obtained her Paralegal certification. After retirement Ramona enjoyed her gardening, embroidering, crocheting, and enjoying the grandkids. She traveled to Oregon, Washington, Michigan, Florida including Disney World twice and back to South Dakota several times and took sister Bonnie along on one of those trips. Her biggest adventure was going to Hong Kong and China in 1997. In her later years, and especially this past year, Ramona enjoyed her Saturday nights at her nephew Bart’s Coffee Klatch. Once the Cheyenne Cruse Night started, she enjoyed seeing all the old cars and would tell stories about the old cars and the drag strip. She is survived by her brother Charles H. (Bud) Stolp; her children Michael Farrens, Diana Farrens, Janet Farrens Fugate and Mary Ann Farrens Hay; grandchildren Ruben Charles Fugate, Dakota Trammell, Tessa Jeane Hay, Danika Trammell, Robert Tyler Fugate and Kody Hay; numerous nieces, nephews, and friends, new and old. She was preceded in death by her parents, a brother Ernie Stolp, and a sister Bonnie Caton. Services will be held at 10:00 am on Saturday, July 24, 2021 at Wiederspahn-Radomsky Chapel. The service will be lived streamed starting at 10:00 am. Interment will be at Cheyenne Memorial Gardens Cemetery immediately following the service. A reception will be held at the Gathering Place following the interment.

Ramona was born May 6, 1933 in Redfield South Dakota to Charley R. Stolp and Adah Evelyn Mannings Stolp, the eldest of four children. Her beginnings were on a farm in Frankfort S.D around her grandparents, great aunts, and uncles. Her father... View Obituary & Service Information

The family of Ramona Jeane Farrens created this Life Tributes page to make it easy to share your memories.

Send flowers to the Farrens family.