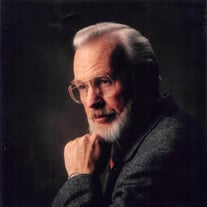 Max Alan Kaser, 81, passed away August 29, 2020, surrounded by his loving family. He was born November 13, 1938, in Cheyenne, WY, to Olive (Galliher) and Rolland Kaser. During his lifetime he lived in New York State, Beirut, Boulder City, Denver, and Cheyenne. In 1960, Max started as a draftsman at the Wyoming Highway Department, working hard to earn his license as a Professional Civil Engineer, an achievement unheard of at the time without an engineering degree. He was progressively promoted to top positions in the Urban Planning Department, traveling throughout the state of Wyoming meeting with city and county officials as well as the Federal Highway Administration during the planning and design of I-80 from Laramie to Walcott Junction. He retired from the Highway Department in 1991 after 30 years of service. In 1982, Max followed his lifelong passion to become an ordained minister, allowing him to provide ministry as associate pastor at First Southern Baptist Church in Cheyenne. After retirement from the Highway Department he earned his bachelor's degree at Colorado Christian University and completed graduate seminary studies at Northern Baptist Theological Seminary. His ministry as interim and senior pastor took him to Kalispell, MT, Spokane, WA, and back to Cheyenne. Many in the Cheyenne community know him as Pastor Max more than any other formal title. Throughout the 1960s and 70s, Max served on various community committees. He was a member of the Heels and put in many volunteer hours at Cheyenne Frontier Days. He enjoyed performing with the famed square dance team Dazee's Dancers. Max was a past Exalted Ruler of the Cheyenne B.P.O.E. He was also active in the Masonic Lodge in Cheyenne and served the Masonic youth groups, Job's Daughters and DeMolay. Max was preceded in death in 2019 by his wife Juanita Braunschweig Kaser who he married on December 23, 1993. Max married Zoda Suits on December 12, 1958, and that marriage gave him daughter Ada Kari (Dale), son Charlie Kaser (Denise), and grandchildren Charles Seyfang, Ashley Jackson (Terry), Opal Seyfang, Alex Kaser (Emily) and Anna Kaser, and great grandchildren Jayde and Charley Seyfang and Aurora and Alexander Jackson. On January 1, 1971, Max married Marilyn White Kaser, who preceded him in death in 1988. He is survived by step-daughters, Lori Townsend (Paul) and Lana Wood (Karl), and grandchildren (all who refer to him as "Papa Whiskers") Emily Reisdorfer, Sara Parsons, Andrew Gardner, Katelynne Gardner, Jenna Gardner, and Madison Gardner, and great grandchildren Ethan, Hailey, Taylor, and Cora Reisdorfer, Nathan Pfaff, Annabelle Edwards, and Noah Parsons. Granddaughter Chelsea Henson preceded him in death in 1992. He is survived by his children and siblings Dennis Kaser (Sandy), Terry Kaser, Norman Kaser, Sheila Ward (Mike), and Gordon Kaser (Lynda). Max's family also includes many nieces and nephews. Services will be Friday, 10:00 a.m., at Wiederspahn-Radomsky Chapel. To view a live webcast of the funeral please visit his obituary page at www.wrcfuneral.com. In lieu of flowers, please give donations and time to your place of worship in remembrance of Max, our Lord's devoted servant.

The family of Pastor Max Alan Kaser created this Life Tributes page to make it easy to share your memories.

Send flowers to the Kaser family.