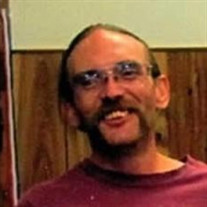 Our beloved brother, Melvin Steele entered eternal rest peacefully in his home on August 11, 2020. He was born on April 15, 1972 in Oakland, California. Melvin will be remembered for his kind soul and inability to find fault in anyone. He was always very giving to the point that he would give all he had so that you did not have to go without. Born with a passion to cook and feed those he loved he was happiest in the kitchen where he made his life career. You never left Melvin’s house unfed. For the last four years he felt honored to serve and feed the veterans in the community at the VA Medical center. He could find laughter in any situation and somehow make even the worsts timed seem better. He was a mentor and confidant to his beloved nieces and nephews. They knew they could go to him with anything and would be free of judgement. Melvin made an impact in so many lives and his family rests in the knowledge that he will live on in all the many memories he created with us. Melvin is survived by his sisters, LeAnna Steele (Ford) of Green River, WY, Healther Christensen (Alonzo) of Carpenter, WY; brother Richard Steele of Cheyenne, WY; daughter Elizabeth Steele and son Melvin Steele both of Utah; nieces and nephews, Cody Joe, Sara (Roger) Shane (Autumn), Kaycee, RiAnna (Devin), and Molly; as well as 6 great nieces and nephews, aunts and uncles and countless cousins. He is preceded in death by his beloved parents, Richard L and Shirley L Steele; cousin Bobby Burkett; and grandparents Victor and Ester Steele, and Melvin And Dora Mae Breazeale. Honorary pallbearers will be Shane Trofholz, Cody Joe DeLuca, Richard L. Steele, Richard Burkett, Scott Ellis, Jesse Bolin, Alonzo Christensen, Roger Nation. A celebration of life for Melvin will be held at Cahill Park on August 22, 2020 at 2 pm and a BBQ will follow. In lieu of flowers please donate to the funeral fund at Wiederspahn or to your local food bank.

Our beloved brother, Melvin Steele entered eternal rest peacefully in his home on August 11, 2020. He was born on April 15, 1972 in Oakland, California. Melvin will be remembered for his kind soul and inability to find fault in anyone. He was... View Obituary & Service Information

The family of Melvin Victor Steele created this Life Tributes page to make it easy to share your memories.

Send flowers to the Steele family.