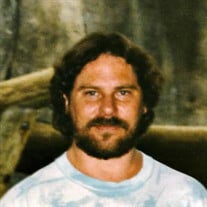 Mark Wayde Abbott went to be with the Lord March 9th, 2021. He was born May 26, 1961 in Cheyenne to Wayne Phillip and Nancy Marie (Brueske) Abbott. Mark moved to Texas when he was just three years old and returned to Cheyenne 39 years later. Mark attended High School at Sam Houston High in Texas. He played the violin in grade school and Jr. High. He later taught himself to play bass guitar and played in a band with his brother and best friend for 10 years. He loved creating and listening to music, Metallica being one of his favorite bands. Mark, as a young man, was in DeMolays and he held several offices, even more than some of his older peers, as he had a talent for memorizing the necessary information to hold each of those offices. Most of his working career was tile setting. He worked for a local, small business on the water park “Wet and Wild” and also tiled an Olympic size pool in Tyler, Texas along with many private homes in the Dallas Ft. Worth area. He held other jobs, one with the city of Arlington, TX and another with IBM. Mark was a hit and run crime victim in 1995. A miracle was granted that day. And while he survived, he sustained catastrophic injuries (TBI/Traumatic Brain Injury, both lungs collapsed, and a broken leg). Mark was never able to return to work. Assistance in on-going rehabilitation and life skills were provided by Health South in Dallas, TX, Centre for Neuro Skills/CNS in Irving, TX, Transitional Learning Center/TLC in Galveston, TX, and The Brain Injury Waiver Program in Cheyenne, WY. A very special “Thank You” to Mark’s case manager (Melissa), and care givers in Cheyenne. Mark is survived by his mother, Nancy Abbott, an older brother Wayne Steven Abbott and family of Arlington, TX, Younger sister, Vickie (Abbott) Pyle and family of Cheyenne, WY, siblings from fathers second marriage; Suzette Brown and family of Lone Wolf, OK, Sherie Hewgley and family of Madison, MO, Shane Barker and wife of Oklahoma City, OK, and numerous other family. He is preceded in death by both sets of grandparents; Louise Brueske, Fern and Gene Penick, Jack and Irene Abbott, his father, an aunt; Bonnie Jameson, uncle; Jack Abbott and cousins. He was cared for, loved, and is very much missed. He accepted Christ as his savior at the age of 9, at Falls Creek, Oklahoma. We will see him again! Services cherishing our memories of Mark will be held at Wiederspahn Radomsky Chapel of the Chimes on Friday, October 22nd, 2021 at 2:00pm.

Mark Wayde Abbott went to be with the Lord March 9th, 2021. He was born May 26, 1961 in Cheyenne to Wayne Phillip and Nancy Marie (Brueske) Abbott. Mark moved to Texas when he was just three years old and returned to Cheyenne 39 years later.... View Obituary & Service Information

The family of Mark Wayde Abbott created this Life Tributes page to make it easy to share your memories.

Send flowers to the Abbott family.