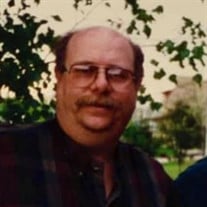 Leslie (Les) Lyn Battista, 76, of Cheyenne, WY, passed away surrounded by family on May 22th, 2022. He was born May 22nd, 1946, in Seattle, WA to Victor Joseph Battista and Elizabeth Rose Battista (With). Les enlisted in the United States Navy in 1965 and was honorably discharged in 1972 during which he served in the Vietnam war on the USS Enterprise. During his time in the service he received a wide range of honors and medals including the National Defense Service Medal, Vietnam Service Medal, Republic of Vietnam Campaign Medal, Armed Forces Expeditionary Medal (Korea), RVN Armed Forces Merit, Unit Citation (Gallantry Cross), Navy Unit Commendation and Good Conduct Medal. Les married his soulmate, Janice (Jan) Kay Battista (Theis) in 1977 and raised their three children Lisa, Krista, and Anthony. Les served in many facets with Goodwill Industries including the Director of Retail Sales where he established new retail locations across Wyoming. An astute businessman, Les also pioneered several successful businesses including the local staple Cheyenne Stitch. Les was a passionate communicator, starting every conversation with his signature “I look like more but I are Les.” Those who knew Les could always count on him to provide lots of advice and even more laughs. Les is survived by his loving wife Jan Battista; his children Lisa Sears (Steve), Kris Finck (Steve), and Tony Battista; his grandchildren Mary Mansheim, Connor Sears, and Rhianne Sears; his great grandchildren Hadley Mansheim, Reese Mansheim, and Eliana Mansheim; his siblings Tanalee Storm, Renae Turbak, Cleland Battista, Michael Battista, and Debbie Colby; numerous nieces and nephews and his loyal scottish terriers Harley and Bentley. At this time, no formal services will be held, although his family looks forward to a summer celebration in his honor where they will fill his house with stories, laughter and plenty of Les’s favorite foods. In lieu of flowers please send donations to Dogs and Tags of Wyoming (https://dogsandtags.org/) and Wounded Warrior Project (https://www.woundedwarriorproject.org/donate).

Leslie (Les) Lyn Battista, 76, of Cheyenne, WY, passed away surrounded by family on May 22th, 2022. He was born May 22nd, 1946, in Seattle, WA to Victor Joseph Battista and Elizabeth Rose Battista (With). Les enlisted in the United States Navy... View Obituary & Service Information

The family of Leslie Lyn Battista created this Life Tributes page to make it easy to share your memories.

Send flowers to the Battista family.