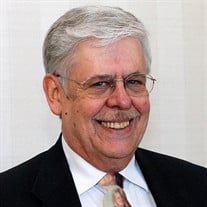 James W. (Jim) Rolf died on March 22, 2022, at Cheyenne Regional Medical Center at the age of 81. He was born in Shenandoah, Iowa on June 29, 1940, to Albert and Zelma (Norris) Rolf of Tarkio, Missouri. Jim spent his youth on a farm in northwest Missouri and attended a one-room country school near Blanchard, Iowa. He attended public school in Westboro, Missouri in Junior High and High School and later attended Central Missouri State College in Warrensburg, Missouri, finally graduating 40 years later from the University of Wyoming. While in Warrensburg, he began a career in radio at a closed-circuit campus station and later at KVWO Radio. In early 1960, he followed a radio job in Fort Collins, Colorado and also worked at a stereo and record shop there. He left Fort Collins in the early 1960s and moved to Cheyenne Wyoming where he worked at a full line music store (Patterson Music Company) to begin a second career in retail sales. While in Cheyenne, he continued to work in radio and retail sales and began his pursuit of entertainment with the Cheyenne Little Theatre Players (CLTP). Through CLTP, he met and later married Darlene (Telander) Fleck. They were married in July of 1969 and lived together until her death in September of 1999. Jim and Darlene were the parents of three sons (Randy, Jory and Travis) and Darlene was also the mother of another son, Brett, who died in early 1969. Jim began a third career as a government bureaucrat, serving for 30 years with the State of Wyoming, retiring in 2012. Jim and Darlene's children married and, following Darlene's death, Jim became the grandfather of four grandsons, four granddaughters and a variety of grand dogs. Outside of Jim's three careers, he was a writer, having self-published seven Chapbooks of poetry as well as a family history entitled "On Good Ground," and a variety of articles, speeches, Op-eds, and technical manuals. He will be remembered from his radio work, with the Cheyenne Little Theatre and as a volunteer at the Cheyenne Regional Airport. He will also be remembered for his love of country and the flag which flew outside of his house day and night since the terrorist attack of September 11, 2001. Most of all, he will be remembered as a man who enjoyed life, had a strong religious faith, always found beauty in his surroundings, took pride in his family and who loved to laugh. Jim was a member of Holy Trinity Catholic Church. He was preceded in death by his beloved wife, Darlene (nee Telander); her son, Brett Russell Fleck, and Jim and Darlene's son, Jory Brett Rolf; parents, Albert and Zelma (Norris) Rolf; sister, Inabeth (Rolf) Hoskins; and a number of aunts, uncles and cousins. Jim is survived by his sons, Randy James (Debbie Grohe) and Travis Wade Rolf, daughter-in­ law Tess (Bloyer) Rolf; grandchildren, Addison Darlene, Banner Kalos, Nation Shiloh, Jacksyn Dawn, Anthem Joy, Justus Amor, Honour Chrestos and Glorye Kharis. Funeral Liturgy will be at 10:00 a.m., Monday, in Holy Trinity Catholic Church and he will be buried next to his beloved Darlene at Olivet Cemetery in Cheyenne, immediately following the service. Please join family and friends for a reception and celebration of life at the Atlas Theater on Monday, March 28 from 6pm-9pm. In lieu of flowers, contributions can be made to the Cheyenne Little Theater Players, The USO, the George W. Bush Presidential Center Military Initiative, or to the charity of your choice.

James W. (Jim) Rolf died on March 22, 2022, at Cheyenne Regional Medical Center at the age of 81. He was born in Shenandoah, Iowa on June 29, 1940, to Albert and Zelma (Norris) Rolf of Tarkio, Missouri. Jim spent his youth on a farm in northwest... View Obituary & Service Information

The family of James "Jim" W. Rolf created this Life Tributes page to make it easy to share your memories.

Send flowers to the Rolf family.