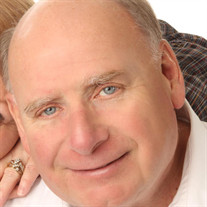 Harry David Jamieson, Sr, 76, of Cheyenne, Wyoming, battled cancer courageously until he was welcomed home to be with Jesus on Friday, February 11, 2022 in Cheyenne. He was born May 18, 1945 in San Francisco to Marcella Collis and David Jamieson. Harry was a computer programmer prior to his retirement in 2010, but his true passion was for astronomy. He spent his life studying the heavens and contributed much of his spare time to the Association of Lunar and Planetary Observers (A.L.P.O) serving various leadership roles within the group from roughly 1960-2000. Harry wrote the Lunar Observer’s Toolkit software that allows astronomers to predict lunar features on any given date in time. Harry was so well respected in his field and offered such great contributions that a minor planet was recently named for him – 47707 Jamieson. He is survived by his loving and devoted wife of more than 40 years, Delaina Jamieson. His son, Harry “David” Jamieson, II (Dana) and his children Presley and Scarlett. His daughter, Kellie Jamieson (Kevin) and her children Dylan and Elijah. His daughter, Wendy Jamieson Kolb along with her daughter, Amanda Kolb and granddaughter, Kennedy. Harry also had another grandchild on the way. He is also survived by his brothers Robert, Patrick and Michael as well as his sister, Laura, along with many nieces, nephews and cousins who will all miss him greatly. Harry was preceded in death by his mother and father, his sister Anne Jamieson Funamura, brother Mark Jamieson, as well as his son, Richard Wayne Jamieson. A memorial service will take place on Friday, February 18th @ 5PM at his church home of many years, Calvary Chapel 9209 Ridge Rd in Cheyenne, WY.

Harry David Jamieson, Sr, 76, of Cheyenne, Wyoming, battled cancer courageously until he was welcomed home to be with Jesus on Friday, February 11, 2022 in Cheyenne. He was born May 18, 1945 in San Francisco to Marcella Collis and David Jamieson.... View Obituary & Service Information

The family of Harry David Jamieson created this Life Tributes page to make it easy to share your memories.

Send flowers to the Jamieson family.