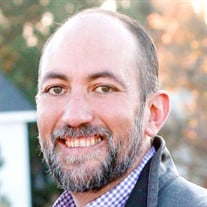 Eric Joel Ramirez, 46, of Cheyenne, died on Friday, November 5, 2021, in Denver Colorado after a valiant fight with a rare t-cell lymphoma. He was born on November 14, 1974, in Cheyenne. Eric lived his life to the fullest and committed his time in many ways. He worked at the I-80 port of entry from 1998 to 2005 where he then moved to the Wyoming Highway Patrol until 2010 after which he moved to Federal Motor Carrier Safety Administration as a Safety Investigator (SI) he worked as an SI for 3 years until becoming the Federal Programs Specialist for 7 years. He then finally got his dream job of Division Administrator for Wyoming in January 2021. Eric devoted his time to family, fishing, football and riding in his red Jeep Gladiator. His love for baseball brought him to coach his son and many other young boys for many years. His daughters being involved in Job’s Daughters made him love the organization and allowed him to be a part of something his daughters loved. Eric worked so hard on every endeavor he was a part of and anyone who know him knew that he was the hardest of workers. Being such a hard worker earned him so many awards, one he is most proud of is the 2020 Highway Safety Person of the Year. “Go big or go home” and “you be nice” were his mottos to live by. Eric survived by his wife Monica, his two daughters Joelene and Natalee, his son Coleton and grandson Eli. He also survived by his mother and father Janie and Hank his two brothers Daniel (Karlee) and Anthony (Mimi), and nephew Kaleb (KJ). Alongside these family members he also survived by lots of aunts, uncles, and cousins. Eric always surrounded himself with good people and anyone he came in contact with was never made a stranger. Eric preceded in death by his grandparents Elwood and Virginia Jessen and Julia Taylor. Services will be Friday November 19, 2021, at 2:00pm at Cheyenne Hills Church. to view the live stream of the services please visit - https://boxcast.tv/view/funeral-of-eric-joel-ramirez-263965

Eric Joel Ramirez, 46, of Cheyenne, died on Friday, November 5, 2021, in Denver Colorado after a valiant fight with a rare t-cell lymphoma. He was born on November 14, 1974, in Cheyenne. Eric lived his life to the fullest and committed his... View Obituary & Service Information

The family of Eric Joel Ramirez created this Life Tributes page to make it easy to share your memories.

Send flowers to the Ramirez family.