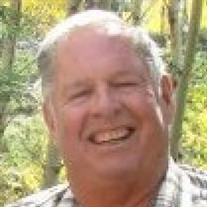 Dwight Homer France, of Encampment, made his final departure into the heavenly skies on March 22, 2022. Dwight was born on April 3, 1947 to John Walker France and Marie Wells France in Rawlins. Unbeknownst to his parents and doctor, he was a twin. Dwight was polite enough to let his brother Sherrod be born first. He attended school in Rawlins, graduating from Rawlins High School in 1965. He then attended the University of Wyoming, where he was a member of Sigma Chi fraternity. In 1970 he graduated from UW with a degree in business administration. After graduation he returned to Rawlins where he worked for his father at the Rawlins National Bank. He graduated from the Colorado School of Banking in 1976. Dwight caught the flying bug early in life when he learned that whichever brother mowed the lawn got to fly his dad’s Cessna 180. In 1975, he started his very successful air charter service, France Flying Service. He chartered passengers all over the United States and flew nearly 40,000 hours during his long career. He particularly enjoyed the wildlife studies and telemetry work he did with many biologists and scientists. In 2011, the Wildlife Society honored him with its Citizen of the Year award. He retired the same year and moved to Encampment. Dwight served both the Rawlins Fire Department and Carbon County Fire Department for many years. He was the Carbon County Fire Warden for seventeen years and volunteered with the Encampment/Riverside Fire Department after his retirement. On July 7, 1984, Dwight and Candace Carroll were married in Encampment. Their daughter Jane Marie was born in 1986. Dwight was an avid outdoorsman. He was happiest when outdoors fishing, elk hunting or cruising forest roads for blue grouse. He strived to be the first person to make it to Hog Park Reservoir each spring, whether by Super Cub or his old pickup. He and his fishing buddy/brother-in-law Dennis Cook spent many lazy summer days fishing for walleye on Seminoe Reservoir. He loved UW football games, was a lifetime member of the UW Alumni Association and former UWAA board member. Recently, he had been under the care of the wonderful staff at Aspen Wind Assisted Living and Davis Hospice in Cheyenne. Survivors include his wife Candace, daughter Jane (Ross Hinschberger); brother Sherrod (Janet); niece Dawn Meyer (Tim); nephew Copper (Tara); niece Natalie (Jon); his brother and sister- in- law Dennis and Jana Cook; and four great-nieces. He was preceded in death by his parents and nephew Jon France. A celebration of Dwight’s life will be held April 3, 2022, his birthday, at the Grand Encampment Opera House, beginning at 1:00pm. In lieu of flowers, memorials may be made to the Carbon County Fire Department or UW Alumni Association.

Dwight Homer France, of Encampment, made his final departure into the heavenly skies on March 22, 2022. Dwight was born on April 3, 1947 to John Walker France and Marie Wells France in Rawlins. Unbeknownst to his parents and doctor, he was... View Obituary & Service Information

The family of Dwight Homer France created this Life Tributes page to make it easy to share your memories.

Dwight Homer France, of Encampment, made his final departure...

Send flowers to the France family.