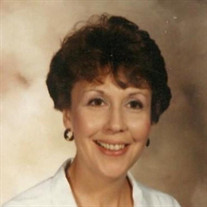 Diane Mae Nauman passed away in Cheyenne, Wyoming, on May 17, 2022, at age 79. Diane, born January 18, 1943, in Dayton, Ohio, is survived by son Nicholas Neylon (Melissa) and grandchildren Ryan (Kimberly), Zachary (Erica), and Clare Neylon, and great-grandchildren Aiden, Nate, Aubrie, Ian, and Brexley Neylon; son Brendan Neylon (Paula) and grandchildren Shawn Reinarz (Kristin) and Kelly Ray Reinarz (Nevi); and son Justin Neylon (Teri) and grandchildren Sarah and Nicholas Barnett, and Sean Neylon; step-daughter Christine Miller (Andrew Aldred) and grandson Alex Miller; and step-son Scott Nauman (Carol) and grandson Reid Nauman. Diane was preceded in death by her best friend and husband of thirty-three years, David Nauman, parents Lynn and Berneice (Mort) Reinhardt, and brother Bruce Reinhardt. Diane was a proud graduate of the University of Dayton and Cardinal Stritch University. She spent the bulk of her nearly thirty-year teaching career in the English Department at Grafton High School and was proud of the positive impact she left on so many students, working hard to maintain relationships with many over the years. Many students have testified to the importance of Diane in their lives both during and after their time in school. She enjoyed spending time with Grendel, Beowulf, Eve, Marma, and Coco, vacations with David, bird watching in her backyard, visiting casinos, and obsessing over Drew Brees, Denzel Washington, and Jake Tapper & his dog Winston. Diane was an ardent horse racing fan who placed many losing bets on Triple Crown Races, and was a huge admirer of Jimmy Carter. She was an avid reader, and never missed watching Jeopardy and playing the lottery. Diane is also survived by and preceded in death by a large group of loyal friends with whom she enjoyed spending time. Before a recent decline in her health, her lunch calendar was never empty. Diane was a supporter of the Washington County Humane Society, and the family wishes memorial contributions to be made there. Washington County Humane Society, 3650 State Road 60, Slinger, WI, 53086

The family of Diane Mae Nauman created this Life Tributes page to make it easy to share your memories.

Diane Mae Nauman passed away in Cheyenne, Wyoming, on May 17,...

Send flowers to the Nauman family.