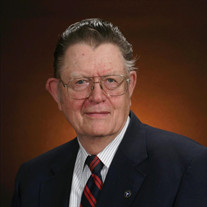 David D. Sullivan, 86, of Cheyenne, was surrounded by his family when he peacefully went home to the Lord on September 27, 2020 in Cheyenne, Wyoming. He was born in Loveland, Colorado in 1933. After graduating from the University of Colorado with a BS in Civil Engineering, he went into the service and served as a First Lieutenant in the Army Corp of Engineers in Japan and Korea. After his military service, he was married and attended the University of California at Berkeley where he graduated with a Masters in Transportation. In his professional career he worked with the Bureau of Public Roads in California, Colorado and New Mexico and then with the Federal Department of Transportation in Colorado, Wyoming and South Dakota. After retirement, he pursued his interest in theater by working events both backstage and in the front-of-house at the Cheyenne Civic Center for 22 years. He was a member of First Baptist Church of Cheyenne for almost 50 years, where he served as a Deacon and on the Trustee and Mission boards. He also served on many American Baptist Churches of the Rocky Mountains regional boards. He was a Cub Scout and Boy Scout leader for over 40 years and participated in many of the outings. He was also a hobby letterpress printer and printed many items for local scouting programs, business cards for DOT employees all over the United States, and 20 years of Duck Barn Artisans announcements. He was an avid garage-saler and sold his treasures for many years at the annual Duck Barn Artisans shows and sales. (The Duck Barn Artisans was a group of women artists, which included his wife Beth, and their invited guests that had semi-annual sales in Cheyenne.) David loved his Lord and his family and friends in many tangible ways. He was a gentleman in the best sense of the word and had a quick wit and many a funny story to fit the circumstances. He was preceded in death by his parents Wilber and Ruth Sullivan and his brother and sister-in-law, Richard and Shirley Sullivan. He is survived by his wife of 62 years, Beth B. Sullivan; three sons and their wives, children and grandchildren: Mike and Tammy Sullivan (Nicole [Mackenzie, Liam], Aubrey [Brooklyn, Elise]), John Sullivan and Chris Muggenburg (Constanze, Wilhelm, Braf, Seneva), Tim and Kim Sullivan (Erin); Brother- and Sister-in Law; and four nieces and nephews. A memorial service will be held at the First Baptist Church on Saturday October 3, 2020 at 2pm. In lieu of flowers, the family requests that donations be made in Dave’s honor to the Leukemia & Lymphoma Society.

David D. Sullivan, 86, of Cheyenne, was surrounded by his family when he peacefully went home to the Lord on September 27, 2020 in Cheyenne, Wyoming. He was born in Loveland, Colorado in 1933. After graduating from the University of Colorado... View Obituary & Service Information

The family of David D. Sullivan created this Life Tributes page to make it easy to share your memories.

David D. Sullivan, 86, of Cheyenne, was surrounded by his family...