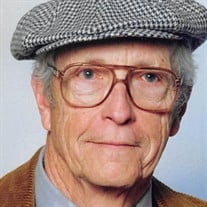 Dale William Karl, 82, died on March 10, 2022 at Pelican Pointe in Windsor, Colorado. He had been at Pelican Pointe for six and a half years. He was born on July 13, 1939 in Norwalk, Connecticut. He was raised in Connecticut and graduated high school in 1957 in Milford, Connecticut. He attended colleges in Massachusetts, New York and Idaho and received his bachelor’s degree from the University of Idaho. He moved to Wyoming in 1968 and married Anita Watts Karl on April 5, 1975. Dale was a mechanic, scuba diver, paper boy, master gardener, handyman, airplane pilot, forest service firefighter, Laramie County #2 firefighter, hunter, fisherman, policeman for 20 years, bicyclist, walker, uncle, and godfather (14 times,). He retired from the Cheyenne Police Department after 20 years of service in January of 1992. Dale was the guardian of three Labrador dogs, Nite, Dey, and Dusty. He was a member of Holy Trinity Catholic Church and was a eucharist minister, usher, altar service, and had even done dishes in Mother Cabrini Hall assisting the Council of Catholic Women. He was a past president of the Sherman Hill Railroad Club, Oak Spokes, Hill Hoppers model airplane club, and the Holy Trinity Parish Council. Dale was a board member of the Laramie County Federal Credit Union. He even enjoyed mowing his 3 acres. He is survived by his wife, Anita L. Karl, whom he married on April 5, 1975 at Holy Trinity Catholic Church; a brother, William Karl (Alice); a niece, Karla Crawford (Jason); nephews, Cody and Kaycee Karl; and great nieces and nephews, Hanna Karl, Landon Karl, Isaiah Crawford, Romoya Crawford, and Charlien Crawford. Dale was preceded in death by his parents, Francis W. Karl and Sadye Karl; a sister and brother-in-law, Sherry Cornell (Charlie); and a nephew, Tomm Cornell. Vigil for the Deceased will be Monday, 6:00 p.m., at Wiederspahn-Radomsky Chapel. Funeral Liturgy will be Tuesday, 10:00 a.m., at Holy Trinity Catholic Church with burial to follow at Cheyenne Memorial Gardens.

Dale William Karl, 82, died on March 10, 2022 at Pelican Pointe in Windsor, Colorado. He had been at Pelican Pointe for six and a half years. He was born on July 13, 1939 in Norwalk, Connecticut. He was raised in Connecticut and graduated... View Obituary & Service Information

The family of Dale William Karl created this Life Tributes page to make it easy to share your memories.

Send flowers to the Karl family.