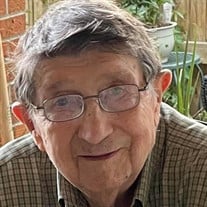 Col. (Ret.) John William Cornelison, 82, died Dec. 5, 2021, in Cheyenne. He was born Feb. 20, 1939, to William R. and Helen L. Cornelison in Washington, D.C., where his father worked for the FBI. After living in Alexandria, Virginia, his family moved to Wheat Ridge, Colo., when John was 11, and he graduated from Wheat Ridge High School in 1957. John earned a bachelor’s degree in anthropology and journalism from the University of Colorado in Boulder, where he was a member of Phi Kappa Psi fraternity. Upon graduation, he enlisted in the U.S. Army and was stationed in the United States and Taipei, Taiwan. He returned to Colorado, where he worked for the Denver Post and was a reporter for the Longmont Daily Times-Call. He began his career with United Press International in the Cheyenne bureau and then became bureau chief in Santa Fe. In 1967, John moved back to Cheyenne to work in the historical research and publications division of the Wyoming State Historical Department at the state museum. John married Joanne Spritzler on May 25, 1967, in Wheat Ridge, Colo., and they shared a love of travel, reading and the history of Wyoming, a state they have called home for 54 years. In 1974, he became the full-time public affairs officer for the Wyoming Military Department and was commander of the 197th Public Affairs Detachment, Wyoming Army National Guard, retiring as a colonel in 1994. He broadened his vast knowledge of military history by building military models and collecting military memorabilia and books. John became the founding president of the Cheyenne-High Plains Audubon Society in 1974 and continued his passion for birds, especially raptors, for the rest of his life. In addition to volunteering for Meals on Wheels, he was a member of the Wyoming National Guard Historical Society, Wyoming National Guard Association, Military Officers Association of America and the Wyoming State Historical Society. He also used his researching and writing abilities at the National First Day Cover Museum. In retirement, John enjoyed seeing his grandchildren and visiting with his coffee groups. He was preceded in death by his parents. Survivors include his wife, Joanne, of Cheyenne; son, Ryan (Karen) Cornelison, of Cleveland; daughter, Heidi (Russ) Cole, of Missoula, Mont.; grandchildren, Samuel, Helen and Maggie Cornelison, all of Cleveland; a sister, Nancy (John) West, of Erie, Colo.; and a sister-in-law, Lorraine Slotter, of Quakertown, Penn. Because of COVID precautions, a private service will be conducted by Father Michael Carr on Friday, Dec. 10, at Wiederspahn-Radomsky Chapel of the Chimes. However, the family encouraged friends to join them in June at the Cheyenne National Cemetery for an interment of his ashes with full military honors and a celebration of John’s life. Donations may be sent to the Wyoming National Guard Museum through the Wyoming National Guard Historical Society, 624 E. Pershing Blvd., Cheyenne, WY 82001, or the Cheyenne-High Plains Audubon Society, P.O. Box 2502, Cheyenne, WY 82003-2502.

The family of Col. (Ret.) John William Cornelison created this Life Tributes page to make it easy to share your memories.

Send flowers to the Cornelison family.