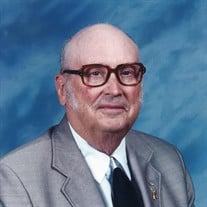 Carl Hunt Ropp, 92, passed away April 17, 2021, in Cheyenne, Wyoming. Carl was born in Glezen, Indiana, on June 18, 1928. He was the son of Azel and Hazel Ropp. Carl retired from the Air Force in 1974,after twenty years of service. He then went to work for Kelley’s Trailer Sales, where he worked until his second retirement. He was a member of the Methodist Church, and High Plains Drifters Motor Home Club. He was an avid woodworker, and many friends and family members would benefit from his beautiful creations. Carl was a Mason and a member of Cheyenne Lodge Number One. Carl is survived by his wife, Marjorie Shannon Ropp, whom he married February 14, 2000. He is also survived by his children, Carl (Nancy) Ropp of Estes Park, Colorado, Teresa (Dallas) Remsberg of Provo, Utah, Sara (Cary) Weber of Cheyenne, and Edward (Stephanie) Ropp of Platteville, CO. His grandchildren are Nathan and Alec Weber of Cheyenne, Mandi Olsen of South Glen Falls, New York, Courtney (Taj) Wilson of Fuquay-Varina, North Carolina, and Tanner Remsberg of Wilson, North Carolina, and two great-granddaughters. Carl is also survived by four stepdaughters; Sherry Goldman of Rock Island, Illinois, Marilyn Goldman of Johnstown, Colorado, Nancy (Jeff) Vitale of Greeley, Colorado, and Becky (Clyde) Stevens of Greeley, Colorado. He is also survived by six step grandchildren, six step great-grandchildren, and one step great-great grandson. His step son Buzz Goldman proceeded him in death. Carl was preceded in death by his wife, Voris Lusk Ropp, whom he married January 13, 1951, his parents; his brother, Ervin Ropp; and sister, Irene Ropp Elmore. In lieu of flowers please donate to the Davis Hospice Center.

The family of Carl Hunt Ropp created this Life Tributes page to make it easy to share your memories.

Send flowers to the Ropp family.