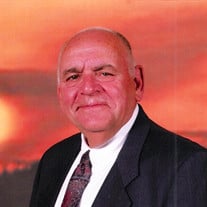 Byron “Rook” Rookstool passed away on Monday, February 7, 2022, after an 8-year battle with cancer. Rook was born in Lexington, Nebraska on September 26, 1938. Rook and his wife, Carol, moved to Cheyenne in 1962 when Rook was hired by the Cheyenne Police Department (CPD). He progressed through the ranks of the CPD and graduated from the FBI National Academy (100th Session). For the last eight years of his career, Rook was the Chief of Police. He retired from the Cheyenne Police Department in 1987. Rook did many things after retiring from CPD, which included being elected and serving as a Laramie County Commissioner, serving as the Director of the Wyoming Peace Officer Standards and Training, and working for the State of Wyoming Health Department on substance use disorders and prevention. He also led the Wyoming Chiefs of Police and Sheriff’s Association for many years. In 2005, Rook was the first law enforcement officer nominated and inducted into the Wyoming Law Enforcement Hall of Fame. Rook and Carol have three children, Dawn (Tom) Mertz from Scottsdale, Arizona, Michele (Michael) Paul from Carson City, Nevada, and Brian Rookstool from Denver, Colorado. Rook is also survived by his brother, Gene (JoAnn), his granddaughters (Allison and Carly Mertz), and numerous nieces and nephews. Rook was preceded in death by his wife, Carol (Munson) Rookstool, his parents, Wesley and Jessie Rookstool, and his brother, Larry Rookstool. Rook and Carol volunteered for several local charitable organizations. Rook enjoyed playing basketball, fishing, and golf. He was grateful for the friendships he made during his career and lifetime and was honored to call Cheyenne and Wyoming his home. In lieu of flowers, please make donations to the Cheyenne Animal Shelter (https://www.cheyenneanimalshelter.org/donate). In accordance with his wishes, a private Celebration of Life will be held.

The family of Byron "Rook" Rookstool created this Life Tributes page to make it easy to share your memories.

Send flowers to the Rookstool family.