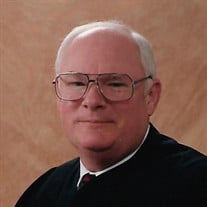 Bernard R. Pitts, 77, formerly of Cheyenne, died on October 27, 2021, in Ogden, Utah. Bernard Ray Pitts was born on June 16, 1944, in Lampe, Missouri. He was raised in Oroville, California, where he graduated from Oroville High School in 1962, from Brigham Young University in 1968 (Bachelor of Arts), from the University of Wyoming in 1973 (Juris Doctor), and from the University of Northern Colorado in 1981 (Master of Public Administration). From 1965-1967, Bernard served a mission for The Church of Jesus Christ of Latter-Day Saints in Finland. He was drafted into the U.S. Army in 1968 and served in the Vietnam War as a chaplain’s assistant in 1969-1970, eventually rising to the rank of Captain in the U.S. Army JAG Corps after completing his J.D. In December 1970, Bernard married Tua Katter of Helsinki, Finland, in the Oakland California Temple. He moved his family to Cheyenne in 1979 to continue his legal career where he most notably worked as the municipal court judge for over a decade. He was a valued community member and served as the president of Meals on Wheels. In 2002, he moved with his wife and son to Anchorage, Alaska, where he finished his career with the U.S. National Park Service. He retired in 2014 with his wife in Wellington, Colorado, where he volunteered in the Fort Collins Colorado Temple. His interests included family history, reading, coin collecting, and learning new things. He recently celebrated his 50th wedding anniversary with his wife in 2020 after they moved to Logan, Utah. Bernard was a kind and loving husband, father, friend, confidante, and a servant of our Heavenly Father. He was an active member of The Church of Jesus Christ of Latter-Day Saints, where he served as a bishop and a high councilor, as well as in other capacities. He was a gentle giant among men and a mentor to many. He is survived by his wife, Tua; his children, Olga (Tim) Tolbert, Helen (Jacob) Anderson, Olivia, Sasha (Brandon) Francom, Alex (TaSheena); and his eight grandchildren with one on the way. A funeral service will be held at 2:00 p.m. Monday, 11/8/2021, at Wiederspahn-Radomsky Chapel of the Chimes. Interment will be in Lakeview Cemetery.

Bernard R. Pitts, 77, formerly of Cheyenne, died on October 27, 2021, in Ogden, Utah. Bernard Ray Pitts was born on June 16, 1944, in Lampe, Missouri. He was raised in Oroville, California, where he graduated from Oroville High School in 1962,... View Obituary & Service Information

The family of Bernard R. Pitts created this Life Tributes page to make it easy to share your memories.

Send flowers to the Pitts family.