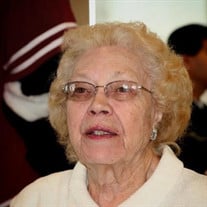 Holidays in Cheyenne, for my family, meant stuffing ourselves with left-over ham on homemade rolls, scalloped potatoes, and pumpkin pie, all of us crammed around Grandma Bobbie’s dining room table playing pinochle. Or maybe double-decked hearts. Occasionally we’d even sneak in a game of UNO, in spite of Grandma Bobbie’s protests. You see, Grandma Bobbie was always up for a game, but she LOATHED UNO. In fact, playing UNO is the only time I’ve ever heard swear words enter Grandma Bobbie’s vocabulary. Truth be told, I think Grandma Bobbie was even okay with playing UNO if it meant having her entire family together and having fun. Grandma Bobbie, Barbara J Reinholz, passed away December 26th, 2021 in Cheyenne at the age of 96… 96 relatively healthy, happy years. Barbara was born in 1925 in Minatare, Nebraska to Richard and Iva Kent. Barbara graduated from Carpenter (WY) High School where she was a member of the band. From an early age, music was important to Barbara and continued to be throughout the entirety of her life. She was a member of several local bands and groups through the years and played the piano well into her later years for The Golden Age Club of Cheyenne, where she was also a member. Barbara was a musical inspiration for both of her sons, Ron and Jerry, as well as her grandchildren and other extended family members. You couldn’t know Grandma Bobbie and not be aware of her love for music. In 1946, Barbara married Charles Reinholz in Carpenter, Wyoming. They lived in the Hillsdale, Wyoming area until they moved to Cheyenne, Wyoming in 1959. Barbara worked at the First National Bank in Cheyenne until her retirement. Barbara was an active member of The First Christian Church of Cheyenne, where she was a member of several groups and clubs. Barbara is survived by son, Jerry Reinholz of Cheyenne, WY; granddaughter, Heather Hawkins and Noah of Brighton, CO; grandsons, Rich Reinholz and Kate of Piedmont, OK, and Jon Abernethy of Cheyenne, WY; great granddaughter, Izzy Hawkins; and daughter-in-law, Betty Abernethy of Cheyenne, WY. Barbara was preceded in death by her husband, Charles Reinholz; son, Ronald Reinholz; mother, Iva Kent; father, Richard Kent; and brother, Don Kent. Grandma Bobbie loved drives to the country, looking for wildlife or wildflowers on a drive to the mountains, her “little dogs”, knitting, crocheting, and too many other crafts to list. She also loved drinking hot tea and eating sweets. So much so that we used to joke that she would outlive us all, eating nothing but hot tea and sweets. Most of all, Grandma Bobbie loved her family. More specifically, she loved having her family being close to her, laughing and having fun. She always made sure we knew how much she loved that, and I’m sure that she knows how much we all loved that too. And hopefully she knows how much she will always live on in our hearts. There will be countless times our family gets together in the years to come, and we will eat until we can’t eat any more, playing games for days on end. Grandma Bobbie won’t be there in person, but I can guarantee one thing, there will not be a single game played that Grandma Bobbie won’t come up in a story or a remembrance. She will probably even have a chuckle when a well-played “Draw 4” UNO card is played. Thank you for everything Bobbie, and you will ALWAYS be with us.

Holidays in Cheyenne, for my family, meant stuffing ourselves with left-over ham on homemade rolls, scalloped potatoes, and pumpkin pie, all of us crammed around Grandma Bobbie&#8217;s dining room table playing pinochle. Or maybe double-decked... View Obituary & Service Information

The family of Barbara J Reinholz created this Life Tributes page to make it easy to share your memories.

Holidays in Cheyenne, for my family, meant stuffing ourselves...

Send flowers to the Reinholz family.